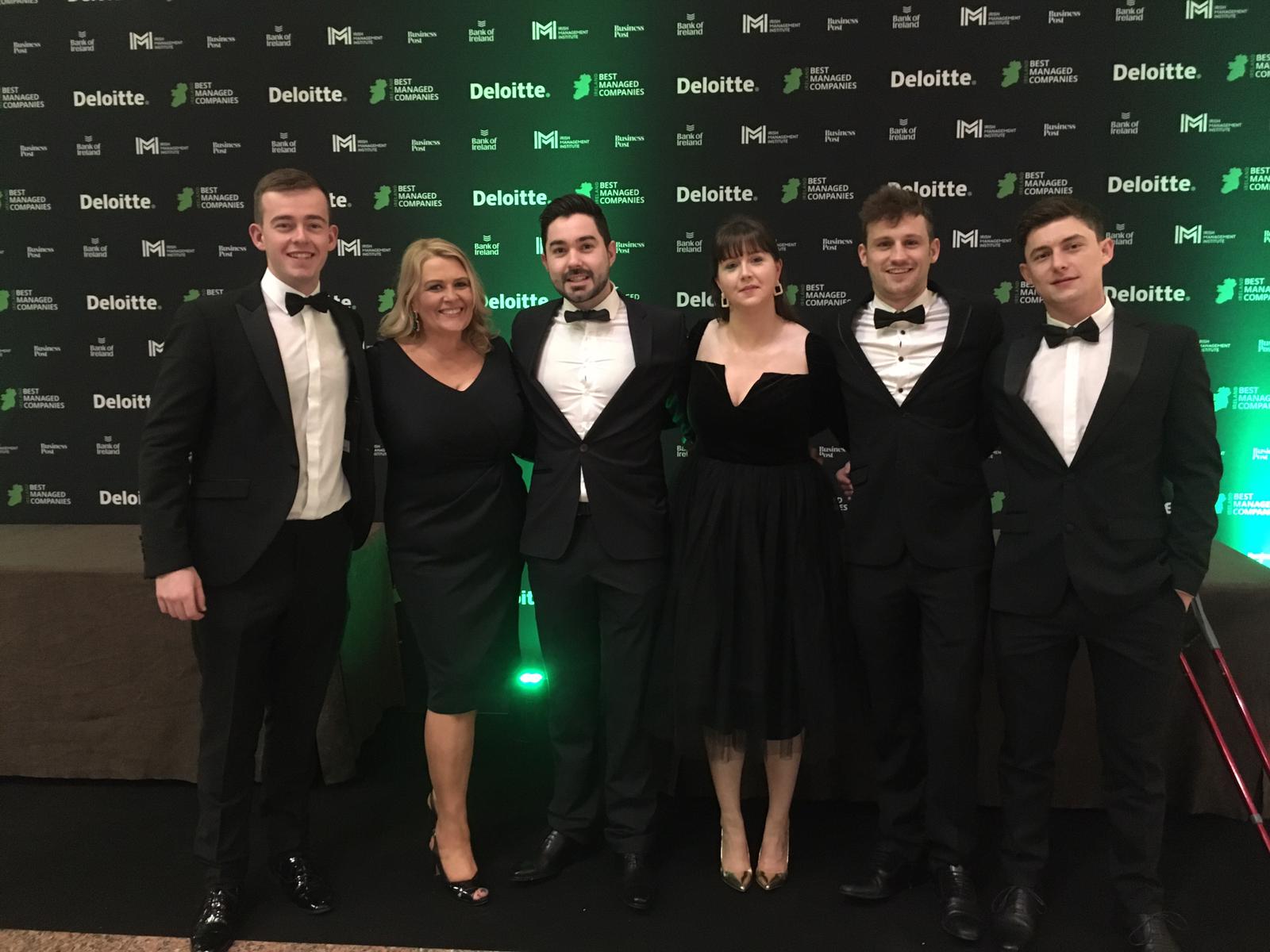 First recognised as a Best Managed Company back in 2010, this is Taxback Group’s 5th consecutive year retaining its Platinum winner status, which is the highest accolade in these awards.

Taxback Group has been named as one of Ireland’s Best Managed companies in the Deloitte Best Managed Companies Awards programme, in association with Bank of Ireland. This programme promotes and recognises excellence in both Irish/Northern Irish owned and managed companies, and is a symbol of organisational success and achievement.

Taxback Group is the parent company of Ireland’s most successful and ground breaking Fintech brands – including, TransferMate Global Payments, Immedis, Taxback International and Taxback.com. In an ultra-competitive Fintech sector, Taxback Group’s companies are all at the very cutting edge of financial innovation developed here in Ireland and exported to the world’s largest multinational clientele.

Commenting on the award, Sinead Fitzmaurice, TransferMate Co-Founder and CEO said “Deloitte is one of the leading financial service brands in the world. We are thrilled to be awarded the Platinum Standard Award this year and to receive this recognition from Deloitte. Taxback Group has continued to expand and develop since we first entered the Deloitte Best Managed programme. This award validates that our client-focused approach to business.”

Anya Cummins, Lead Partner for the Best Managed Companies Awards Programme at Deloitte said: “While Irish companies across all sectors navigate issues such as talent acquisition and retention, continuing uncertainty around Brexit and regulatory challenges, the management teams of the winning companies have demonstrated their razor-sharp focus on their objectives, an agility to adapt in a disruptive market place and to innovate and use technology as a real differentiator for them. We are celebrating 130 companies that are not afraid to be challenged on their strategies – in fact want to be challenged – and that have risen to the challenge.”

This win comes just days after their recent success at the 2020 Great Place to Work Awards which saw Taxback Group recognised as one of Ireland’s Best Workplaces and a Best Workplace for Women.