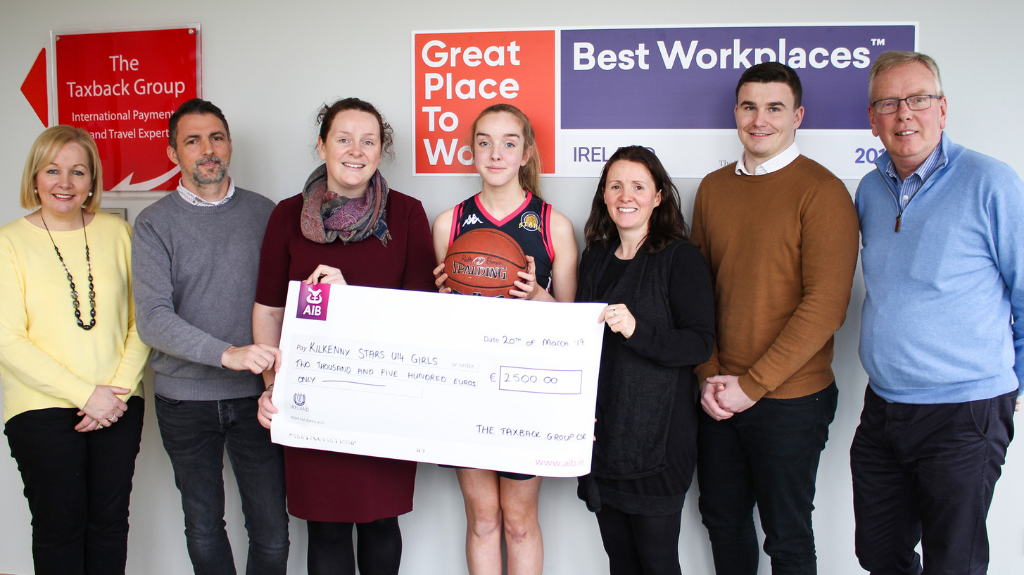 It’s not long now until the Kilkenny Stars U14 Girls Team travel to Barcelona to compete in an international tournament. This amazing trip will be a great opportunity for the girls to improve their skills and develop new ones. It won’t be all work and no play however as in between the several games they’ll play during the visit, they’ll also get a chance to visit some of the top sights.

Participation at this event is by invitation and the “Stars Girls” are being included based on their performance in recent times. For two years running they have won the Under 12 and Under 13 South-East double, the league and the cup and are the Under 14 Midlands champions for this season.

The onward and upward momentum of the team is fuelled by the girls’ enjoyment of the game, their willingness to train, the support of their parents and the excellent guidance of the coaches, Lisa Dunphy, Grainne Timmons, Helena Burke with a special mention for their head coach Wayne Edwards who eats, sleeps and breathes basketball.

The girls are part of the local basketball community and Kilkenny Stars has grown immensely in popularity with both boys and girls. Two of our clubmates have made the U17 Irish Basketball squad, namely Ava Coogan and Fay Scanlon. These girls are blazing a trail for the future of these U14 girls.

“I am so thrilled to be getting this opportunity to travel to Barcelona with my basketball team. It will be a great experience for our team to compete against other international teams. A huge thanks to Taxback for sponsoring our very exciting trip.” — Ruth Breen, Player, Kilkenny Stars U14 Girls.

Rachael O’Shea, Engagement and Communications Officer for the Group, believes that supporting local clubs and teams is very important. “The Taxback Group are absolutely delighted to be supporting the Kilkenny Stars U14 Girls. I played a number of sports myself throughout secondary school and I believe that it’s an escape for kids where they can have some fun away from the books! In a day where social media and technology is all around us, it’s more important now than ever before that we, as a community, rally together and support our local clubs and teams as much as possible. We’re proud to support a number of local teams, including Dunnamaggin GAA who were recently crowned All Ireland Junior Club Champions! We wish the Kilkenny Stars the very best of luck on their journey of a lifetime”.