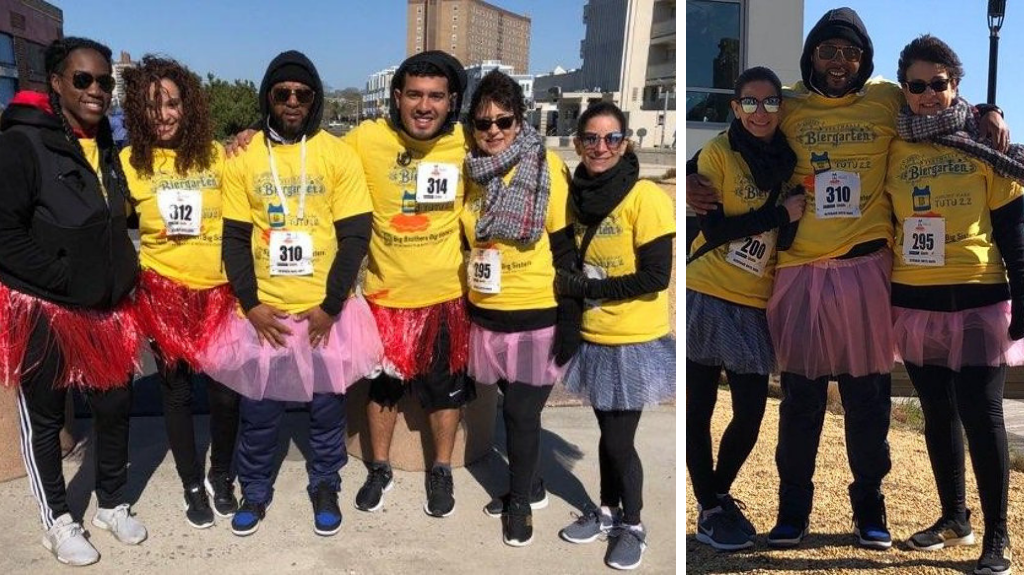 For over a century, Big Brothers Big Sisters has been helping change kids’ perspectives and giving them the opportunity to reach their potential.

It all started in 1904, when a young New York City court clerk named Ernest Coulter was seeing more and more boys come through his courtroom. He recognized that caring adults could help many of these kids stay out of trouble, and he set out to find volunteers. That marked the beginning of the Big Brothers movement.

At around the same time, the members of a group called Ladies of Charity were befriending girls who had come through the New York Children’s Court. That group would later become Catholic Big Sisters. Every year, Big Brothers Big Sisters of Monmouth & Middlesex Counties (BBBSMMC’s) hold their Tutu 2.2 Mile Run / Walk. A percentage of the final proceeds are donated to benefit BBBSMMC’s and the local youth that they serve. We’ve been taking part in this event for a number of years now and this year saw over 600 participants take to the Ashbury Park boardwalk kitted out in their tutus!

We’d like to say a massive well done to our New Jersey office for taking part, and of course to all of the other participants, volunteers and event organisers. We’re looking forward to next year already!